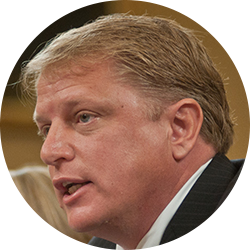 Children
Michael’s daughter Brittany was born in March of 1990 and in June of 1993 she was diagnosed with infantile autism. Brittany is non-verbal and graduated from Central High School in Brooksville, FL. Today Brittany works at the family owned and operated food manufacturing company, Mr. G’s Foods. When Brittany turned 21 she moved to Hope Estate, her home and small farm where she lives with support. Brittany enjoys walking her rescue miniature horses and completing chores around the farm where they grow eggplant.
Michael’s son, Michael Conner was born in September of 1998. Currently a in high school, Michael Conner attends Jesuit in Tampa, FL.

Career
While attending school and for a couple of years after Michael worked for the Internal Revenue Service in Newark, NJ. Upon leaving Michael joined a small accounting firm, Clyne Egan and Associates. Today, and for nearly two decades Michael has worked in the health care industry in various capacities. Michael’s company, Guarino Healthcare Management, is where Michael works as a consultant with physicians across the country. In addition, as the Administrator of Ambulatory Surgery Centers in New York and Florida Michael oversees the day-to-day operations of the centers. Michael is also the Executive Director of the IPA of Nassau/Suffolk Counties based in Long Island, New York. More recently Michael started Practice Management of America a Management Service Organization where Michael oversees all aspects of the operations as the President.

Philanthropy
Michael’s true passion lies in his faith and the time that he is able to spend giving back. For a number of years Michael has been afforded the opportunity to work with the youth of both St. Francis Cabrini Catholic Church in Spring Hill, FL and more recently St. Timothy Catholic Church in Lutz, FL. Michael enjoys participating in the St. Timothy Youth League directing youth nights, attending retreats, and summer camps.
For nearly 15 years Michael has also taught religious education to younger children, something he finds to be extremely rewarding. As a former Cub Scout leader who started a pack Michael feels at home when presenting to both grammar school and high school students.
Michael’s passion also extends to Autism Awareness where he has worked to raise funds for research. Over the years Michael has had the opportunity to raise hundreds of thousands of dollars for autism awareness and research through golf tournaments.

Pilgrimages and Missions
By far the most memorable pilgrimage Michael has had the opportunity to experience was the Camino de Santiago with his daughter Brittany. For five weeks Brittany walked 500 miles starting in France and ending at Santiago de Compostela in Galicia, Spain. Brittany’s walk for Autism Awareness was the trip of a lifetime as she touched so many she met along the way. Michael was blessed to be able to begin and end Brittany’s journey with her, returning to the United States briefly in between to satisfy work commitments. Michael’s travels have also taken him to Jerusalem on numerous occasions, the churches of revelation in Rome and Assisi, and Kolkata. Michael’s love of soccer also led him to do mission work in Kenya, Ghana, and Togo working to build soccer fields.

Articles and Presentations
Michael has presented at various conferences and published articles for both the state and national associations. By far, his most memorable speaking experience was when Michael was asked to testify to the Congressional Ways and Means Health Subcommittee. 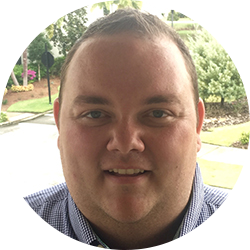 Christopher was born in Brooksville, Florida where he attended Central High School. Christopher was a member of St. Francis Cabrini’s LifeTeen, where Michael volunteers. During Christopher’s junior and senior years in high school, he worked as a business office clerk at the All Saints Surgery Center where Michael was the administrator. While in high school, Christopher attended the Pasco Hernando Community College as a dual enrollment student during his senior year, and he later obtained a Bachelor’s Degree in Political Science from the University of Central Florida in 2010.

Just like he did in high school, Christopher combined his college courses with business responsibilities. In 2007, he began working as a leasing consultant at an off-campus student housing complex. This part-time job evolved into a full-time position with a wide range of duties ranging from the oversight of marketing campaigns to ensuring satisfaction amongst customer relations.

In addition to Christopher’s long association with Michael, his extensive and varied business experience ensures that the GHM’s daily operations are in good hands. 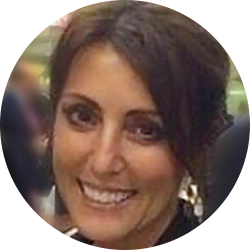 Marissa went onto serve as Vice President of GifitCards.com and was responsible for the full development and deployment and oversight of this company for a period of time, she is proud to share that this company continued to grow under the CEO’s leadership and has recently sold to a large publicly traded company.

As you can see Marissa is a results oriented person and her passion shines through with each client. You will see quickly on that failure is not in her vocabulary, she remains laser focused on achieving results for her clients by her on-hands approach as she prides herself on ensuring that each practice she is entrusted with is positioned for long-term success.

Marissa holds a bachelor’s degree in science and a master’s degree in healthcare administration as well as a license as a practical nurse.